Students are encouraged, but not required, to purchase the core novels for annotating purposes. Please wait until the book has been assigned by a teacher to buy. Reading lists will vary depending on the teacher and the level of the class. (Example: Honors) 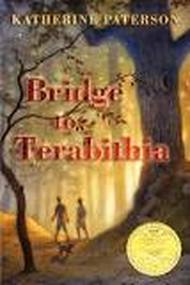 Jess Aarons has been practicing all summer so he can be the fastest runner in the fifth grade. And he almost is, until the new girl in school, Leslie Burke, outpaces him. The two become fast friends and spend most days in the woods behind Leslie's house, where they invent an enchanted land called Terabithia. One morning, Leslie goes to Terabithia without Jess and a tragedy occurs. It will take the love of his family and the strength that Leslie has given him for Jess to be able to deal with his grief.

In addition to being a Newbery Medal winner, Bridge to Terabithia was also named an ALA Notable Children's Book and has become a touchstone of children's literature, as have many of Katherine Paterson's other novels, including The Great Gilly Hopkins and Jacob Have I Loved.

​
​Louis Sachar received great recognition for his groundbreaking story of Stanley Yelnats – a boy with a history of bad luck. As School Library Journal predicted in their starred review of the book when it was first published, “Kids will love Holes.” A decade later, the book is still quenching young readers’ thirst for a gripping story about a far-reaching family curse, friendship, adventure, endurance, and, finally, a generous helping of good karma. 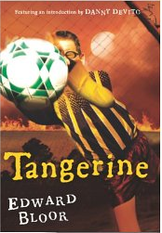 Though legally blind, Paul Fisher can see what others cannot. He can see that his parents' constant praise of his brother, Erik, the football star, is to cover up something that is terribly wrong. But no one listens to Paul—until his family moves to Tangerine. In this Florida town, weird is normal: Lightning strikes at the same time every day, a sinkhole swallows a local school, and Paul the geek finds himself adopted into the toughest group around: the soccer team at his middle school.
​
Maybe this new start in Tangerine will help Paul finally see the truth about his past—and will give him the courage to face up to his terrifying older brother.

THE LION, THE WITCH, & THE WARDROBE 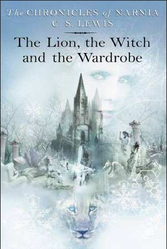 ​Four adventurous siblings—Peter, Susan, Edmund, and Lucy Pevensie—step through a wardrobe door and into the land of Narnia, a land frozen in eternal winter and enslaved by the power of the White Witch. But when almost all hope is lost, the return of the Great Lion, Aslan, signals a great change . . . and a great sacrifice.
Open the door and enter a new world! The Lion, the Witch and the Wardrobe is the second book in C. S. Lewis's classic fantasy series, which has been captivating readers of all ages with a magical land and unforgettable characters for over sixty years.

WHEN YOU REACH ME